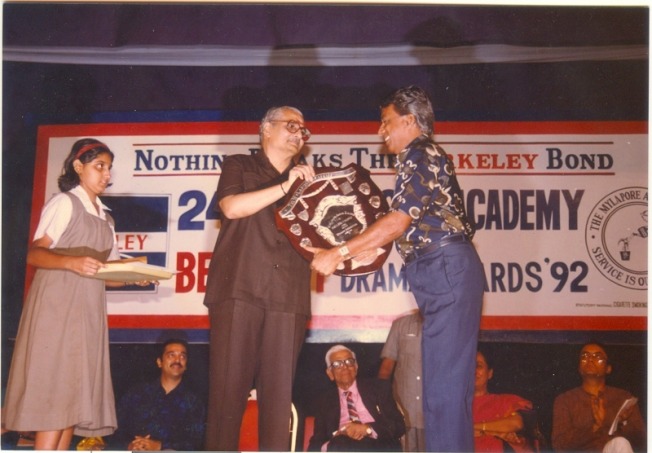 
Thiru. Leo Prabhu has been recognised by the media and has recieved lots of accolades for his service to field of Drama, Of which a few are
His other talents major achievement are his two works which were published as a drama and a novel.

In addition to this, his publishing company L.M.S Pathippagam has also publishes 'Thoorigai', a collection of poems by Shri. N.R. Muruganathan.

Also he has conducted Acting workshops in Malaysia, Singapore and Neyveli.

For RTM, Malaysia he has written more than 20 plays, which were well acclaimed in Malaysia.

Currently, Shri Leo Prabhu works for RAJ TV. In the last eight years of his service here, he has created a new look for many shows of which a few are: 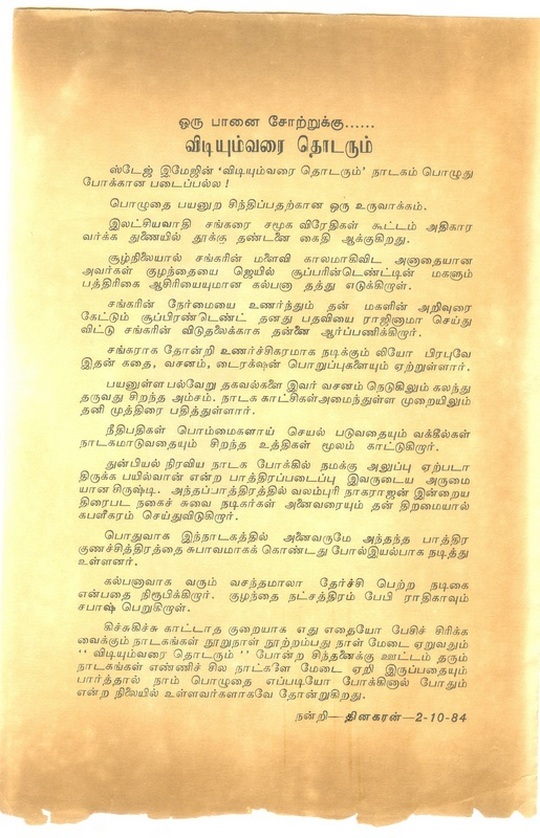